We’ve all heard the phrase “practice makes perfect”, and many of us have heard the maxim that it takes 10,000 hours to become an expert. Both of these things are essentially true. They’re also completely wrong.

The loaded word here is “perfect”. It is impossible to be perfect at something. Before you’ve even started doing anything, you’ve accidentally set a goal that is impossible to reach. Even when you don’t consciously think about it, your sub-conscious is sitting there telling you quietly how much work this is going to be, how long it’s going to take, and how much easier it would be to quit. Some people thrive with that kind of pressure, but most others can crumble. Resolve is easy to let go of when the reward seems so incredibly out of reach. You will feel that practice is hard, even when it’s not.

One fine evening, you and a friend are at a concert watching your favourite band perform. For you, the evening was perfect. You had no trouble with security, the lines weren’t too long, your seats are awesome, the sound is fantastic, and everyone you can see is having a great time singing along to the songs. Perfect! Well, your friend didn’t think so. She would have liked to sit closer. She felt that the cymbals were too loud compared to the rest of the instruments. The person next to you is fine, but her neighbour spent a lot of time whistling, making her ear hurt. You find out later that the lead singer was unhappy with how things went because the on-stage monitors didn’t work some of the time, and the bassist had a cold and wasn’t playing his best.

So really, when you think about it, that wasn’t really perfect, was it? You had a great time for sure, but perfection would have been just a bit better, wouldn’t it.

Perfection is impossible, but good is easy

What’s wrong with this one? The intent is clear – spend a lot of time at something and you will be good at it. That is 100% true. What’s wrong is the idea that there is a specific number associated with that skill. It presumes either that all skills take the same amount of time to master, or that all the learnable skills have an average proficiency time of 10,000 hours.

Neither of these things are true.

I think it goes without saying that all skills are not equal in terms of time needed to become expert at it. I believe that it is far faster to be an expert kung-fu master (black-belt) than it is to be an expert pilot.

To quantify (and support) that statement, you can be a commercial pilot after 1,500 hours in the cockpit plus a couple hundred hours of classroom time. It could be argued that an expert pilot also does fighter training, which is another 200 to 500 hours of training (although you don’t need to be a commercial pilot to become a fighter pilot).

To gain a black belt in kung-fu generally takes 3 to 5 years, and you’ll be training at least 4 hours per week – you’ll get that black belt in between 600 and 1000 hours. At that rate you wouldn’t be able to call yourself “expert” for 50 years!

That all said, it is much harder to quantify the creative arts. What, exactly, is the measure of a musician? An artist? A sculptor? Do you really need to clock in 10,000 hours of practice to become great?

Everyone is different. There are plenty of videos of people learning a creative skill over a weekend, and doing it well enough to be considered good at it. Other people might take a full month or year to gain that same level.

Over the many years I’ve been performing and teaching, I’ve found that the main distinction between someone I think is good and someone I consider great is confidence. I’d be thrilled if every student of mine could do 4 hours of practice per week, but most of them will only do 2 hours, including their lesson 😉 At that rate, they’d need to be practicing for over 100 years in order to be considered “expert”! That’s dumb!

Being proficient means being confident in your skill; being expert means others perceive that same level of skill

I believe you can be good at an instrument after only a few hundred hours of practice. You can be an expert if 100 of those hours are spent on theory and fundamentals of your instrument. At 2 hours per week, you would be an in-demand musician within 3 years of consistent learning and practice. 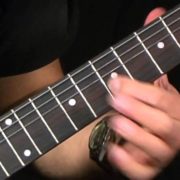 Practicing Exercises Of Your Own
0 replies

Want to join the discussion?
Feel free to contribute!